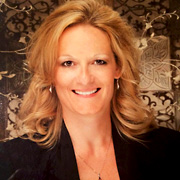 Bonnie is a wife, a mother, a grandmother, an executive leader and a Chicago native. Bonnie began her career in the service industry running full service restaurants and then owning a small family business. She then joined a Fortune 50 company where she has held a range of positions with increasing global responsibility in logistics, manufacturing, product design, human resources, organizational development and business leadership. Bonnie has lived and worked outside of the U.S. and has traveled extensively on 6 continents, spending a significant amount of time in Europe and Asia. Bonnie holds board and officer roles on several privately held for-profit company boards. Bonnie holds a Bachelor of Science degree in Applied Organizational Management with post graduate studies in leadership and organizational behavior. She graduated from the Stanford University Executive Program in 2011 and attended the Singularity University Executive Program in 2015.

Bonnie believes strongly in serving the community in which she lives and works, and she has served on non-profit community boards that serve women, children and families in need. She founded two local chapters of professional societies and diversity councils, and she serves as an executive sponsor for a women’s initiatives network. She was awarded Illinois’ Most Powerful and Influential Woman award in 2011 and a 25 Women in Leadership award in 2015. Bonnie has spoken passionately at many conferences and events aimed at developing men, women and organizations on topics including: the value of diversity and inclusion, discovering unconscious bias, and creating an engaged and inclusive work environment.