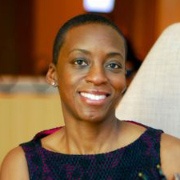 Lucinda E. Ali-Landing, (formerly Lucinda Holland) violinist and founder of the Hyde Park Suzuki Institute, began her studies at age six, with her father, James Holland, a violinist/violist. She began with Suzuki studies, which was relatively still new in North America in the early 1970's. After studying for one year with her father, she then studied with Sarah Deneen and later Donna Ross. While studying with Ross, Lucinda began her career with solo recitals, master classes, competitions and orchestral playing. As a child, Lucinda was the concertmaster of the orchestra at the Music Center of the North Shore for three consecutive years, along with her sister, cellist Carmen as the principal cello for the same years. Lucinda went on to study orchestral music with the Civic Orchestra of Chicago, being the youngest member of "the training orchestra of the Chicago Symphony Orchestra." At age 11, under the direction of Sir George Solti, Music Director, Gordon Peters, Principal Conductor, Margaret Hillis, Resident Conductor and Meng-Kong Tham, Assistant Conductor, she played major orchestral works in Orchestral Hall, Chicago, Pick-Staiger Concert Hall, Evanston, and DePaul University until 1985. During those same years, Lucinda also stayed close to home, being a member of the South Side Family Chamber Orchestra, Leo C. Harris, Music Director, Gary Civic Symphony, Naomi Millender, Music Director and her own family chamber ensemble. As a student at Kenwood Academy in Hyde Park, Lucinda played with All City Orchestra, and won the All City Division I of the Instrumental Solo Festival in 1984. Also in the 80's, Lucinda received a Special Mention in the Young Performers Competition of the Chicago Symphony Orchestra, and the Society of American Musicians competition.